So after the brain-cabled hat, I decided for something a little more delicate for a cable project.  I must say, I did a pretty good job.  I was all about concentrating on what I was doing so that I wouldn't have a second disappointment.  I think the yarn I chose was not the best choice for this hat but at least it doesn't look like brains. It actually looks like the picture in Knit Noro except this yarn is varigated and the Noro is striping. 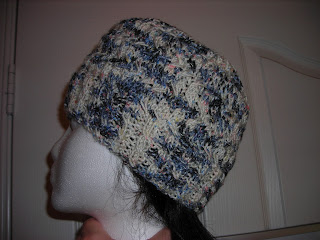 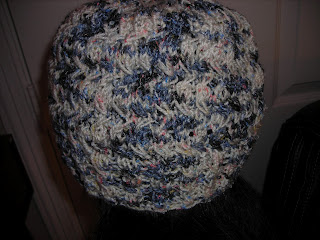 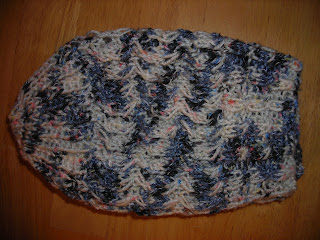 I started to make some matching mitts but I miscalculated the number of cast-on stitches so by the time I got to the hand section, they were enormous.  I frogged them immediately.

I've also been busy with some other knitting.  I made my husband a wash cloth.  He doesn't like presents so I just knitted and put it on his side of the counter in the bathroom.  I wanted him to see it so I set it on his cell phone.  He thought it was something to put the cell phone in. I guess it was the "Packaging." I used one of my handy girlscout knots on the knitted rope "ribbon" which confuses everyone I give it to. 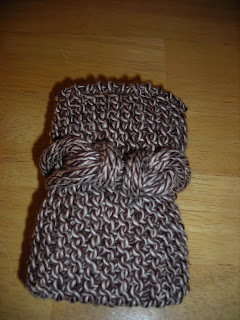 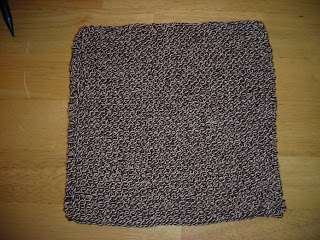 In order to try to use up some yarn, I made this next scarf with several still undone in the closet. I just wanted to make something with this Regatta yarn.  The colors are so interesting to me. I'll need to make a hat to go with it which totally usurps my plan to get rid of yarn because I'll have to buy more.  Maybe there is no such thinkg as using up yarn...maybe that's a myth. 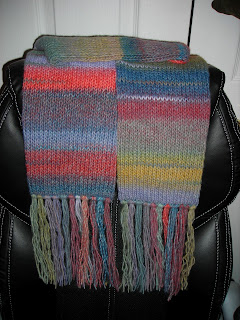 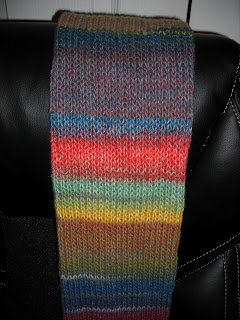 Posted by ContraryWise at 9:23 AM No comments: