So my more recent projects have involved knitting (and crocheting) hats for a friend of mine's daughter who is being treated for cancer.  She lost her hair and as such needed hats.  I knitted several for her and I tried to pick patterns that were a little more complex just so I'd learn something as well as giving her something pretty to wear. 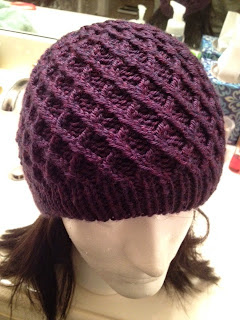 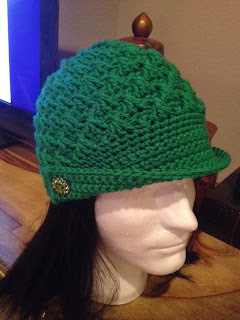 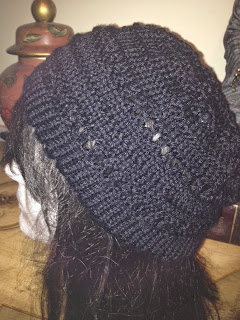 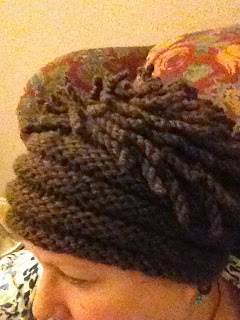 Posted by ContraryWise at 1:43 PM No comments:

No I'm not dead.  Its been another roller coaster year! everything crazy that can happen to me certainly does happen.  So I'm just going to tuck in the crazy and think about what I've learned in knitting this past year.  Last year was neck pain and baby knitting.  This year has been "not so much."

Again, I managed to start more than I finished.  I bought more than I could ever in a thousand years knit-up. I did finish alot of stuff though.

So let's just catch-up with the baby stuff:

For my niece Lexi's son, Ryan: 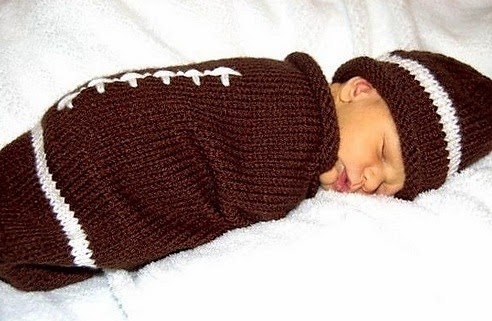 Here is his Knitted blanket, hat and the quilt I made: 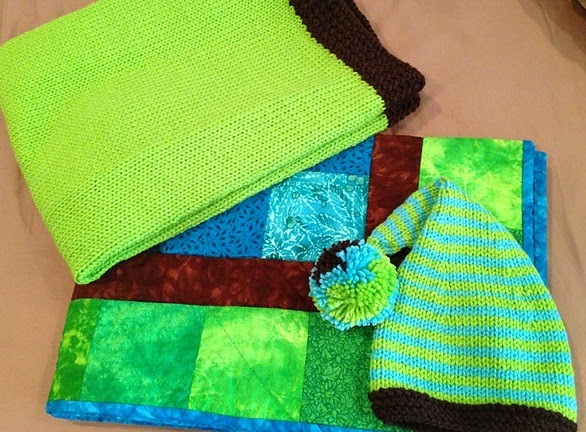 So my other niece had a son also, named Jackson, here is his knits and quilt: 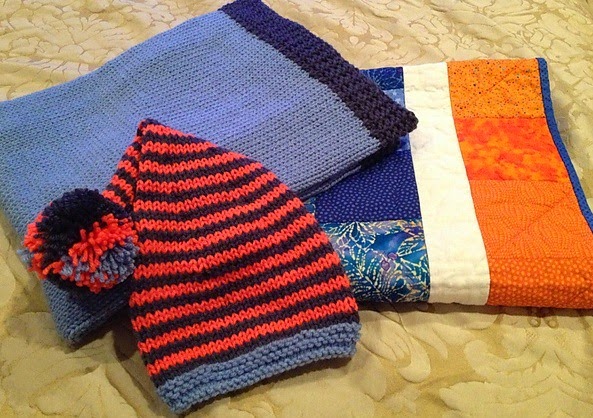 There's more but I'll stop with that for now because I'm going to be a Gramma!  Well, a step-gramma anyway but still, there's much to knit and sew!

LKW
Posted by ContraryWise at 11:59 AM No comments:

So its been 15 months since I wrote anything meaningful in this blog.  The last real "learning" experience I shared was that I was able to just grab some yarn and needles and make something without instructions or patterns or worrying about it. I have found that to be a very satisfying thing to do especially since I tend to buy yarn on the fly because its pretty and then realize that I really don't have a use for the yarn itself or I don't have enough to complete a project.  Sometimes I do buy enough to make something with, usually I'm thinking, "Oooh, sweater."  Forgetting that making a sweater is a long and arduous prospect for me. Even when I couldn't knit because of the neck thing, I still bought yarn...oodles and oodles of yarn...to make me "feel" better.

I do keep up with everything I make on my Ravelry account. I made many more of the frilly scarves from the crocheted specialty yarns that are popular now.  It took a while but I did get past the nightmarishness of the meshie yarns.  I still find them to be tedious but everyone loves the frilly scarves, including me so I continue to make more of them.

I keep trying to come up with ways to make it easier to knit them.  First, I started with unbundling the entire ball into a plastic project bucket. Then I pulled the mesh apart inch by miserable inch so that the top binding is available and opened up.  This is an "OK" process, its not fun for me though it does work to a degree. The yarn is still pretty wide so it ends up twisting over my working yarn finger such that I can't grab the little opening to knit into. I use this method when I really don't want to do a more effective method.

This is the "bucket" method: 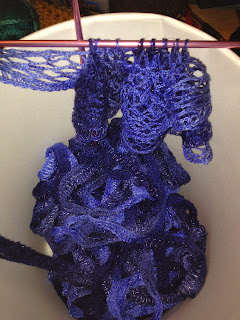 I guess the most effective method is that I unravel and then pick up onto a spare (or two) 14" straight knitting needle.  I just take every other opening and load it onto the spare needle.  This is time consuming but makes for a little more fun in the knitting process.  I just hold the third needle in my left hand along with the working left needle and pull from it as I work.

This is the "spare needle" method: 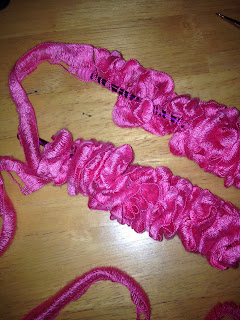 Of course, the most ineffective method is the "straight off the ball" method.  Geeze, what a nightmare and of course, the first time I tried this I pulled the center out like I usually do with any yarn...very, very bad move.  Pulling from the center causes it to twist up until as mentioned above, it has to be dumped into a bucket and unspun it. The directions on the ball band clearly state not to pull from the center.  I really don't like to read instructions as I have mentioned in earlier blogs.

One of the shorter frillies I gave to my second cousin who is 8 years old for Christmas.  She really loved it and so did her grandmother (my aunt).  So my Aunt sends me two skeins of this stuff and wants two scarves made out of it.  I've finished one and still have the second to do.  They actually don't take all that long, they are just not that fun to make. This really shows that I'm a process knitter and not a product knitter.  It is great that these turn out so well and look so nice but I would not want to be knitting for the product all the time. The product is good but it really is secondary for me.

Just this past week I bought two more balls of Sashay yarn.  The manufacturers are really making some nice frilly yarns.  I guess I'll make myself two of these. How I overcome the effects of the nightmarish meshie is that I knit something fun in-between that I really like so that I don't get peeved.


Posted by ContraryWise at 8:39 AM No comments: